From time to time we are going to spotlight a Baton Rouge, La area breastfeeding mother.  We’ll hear about her expectations, her challenges, and what she has learned. Each breastfeeding family has a unique experience, with different values and different goals. These experiences and goals may be different from your own, and that’s okay to recognize.  May you be inspired by their achievements, may you feel comforted in their similar struggles. Here is a window into another journey.

Rebeca is a stay-at-home mom to two little boys.  Prior to having her babies, she had seen her siblings breastfed through nursing and pumping.  The people she knew who were breastfeeding all had oversupply and she believed this would be her experience as well.

The reality she faced was different, and instead she struggled with low supply.  She also struggled with difficulty pumping and feeling like she had to be the “perfect mom.”  Rebecca found a solution in tongue tie revision and donor milk. For her oldest son, she put the pump away and nourished him by feeding at the breast and supplemented with donor milk.

“I’ve had several challenges with breastfeeding. My first had a posterior tongue tie and lip tie that prevented him from transferring milk. After getting his ties revised and going to speech (“suck”) therapy he was successfully able to nurse but since it took over 2 months to get to that point and I was not responding to a pump my supply dwindled. Another factor for me having a low supply was I was just so stressed trying to be the “perfect mom” and over not having the breastfeeding journey I thought I would. Once I finally gave in and said “come what may”, I started supplementing with donor milk and stopped pumping and only nursed and we were able to make it to 8 months on breastmilk.”

The tongue tie revision made a big change in the milk Rebecca could produce and transfer to her oldest son.  A sudden change in supply told her that there were even bigger changes in store for her family.

“Due to a posterior tongue tie and a lip tie my son was not able to adequately transfer milk. Around 2 months old my son had his ties revised. Before we were able to get his ties fixed we were having to rely on donor milk to supplement what he was not able to get from me.  After his revision my oldest went from only getting 20 mls from both breast combined to over 3 ozs! These first couple of months were extremely exhausting and stressful. My son would nurse for 30-45 mins. Then I would pump for 45 mins. I would then have 1-2 hours where I could try and take a nap, eat,  or do whatever I needed to get done before I started the process over again. Once we were successfully nursing we continued until my milk suddenly dried up at 8 months postpartum. This was actually my first sign that a new breastfeeding journey would begin soon for me.”

Not much longer her second son was born and a new journey emerged.

“A few short months later our second son was born. While still in the hospital we realized he didn’t have a good latch due to him not being able to open his mouth wide enough to put more than the tip of my nipple in his mouth. I was worried I would not be able to breastfeed so I started pumping.  I told myself I would not put myself or this baby through the same thing my first went through even if that meant formula only. We did end up using formula to supplement him but that was only for the first few days until my milk came in. I kept telling myself once my son was bigger and his mouth could open enough to latch that I was going to nurse instead of exclusively pumping but due to my experience with battling my supply with my first, I would have anxiety attacks at the thought of not seeing how much milk my son was getting. We are now at 6 months successfully exclusively pumping with about one months worth of extra milk in the freezer. It is hard to deal with a pumping schedule, being tied down to a machine six times a day,  and dealing with the negativity of some trying to tell me I’m not breastfeeding my child since he’s not latching. (If your child’s is drinking milk that comes from a breast, rest assured that your baby is breastfed!) Even with all of the issues I’ve had with breastfeeding my two precious baby boys, I’m so glad I stuck with it and gave them what I could. I have just made my first breastfeeding goal of making it to 6 months with my second little one and now we are onto our next goal of exclusively breastfeeding to a year.”

Rebecca feels blessed to have a supportive family who believed in her ability to nourish her sons with breastmilk.  She also found encouragement in the Baton Rouge Breastfeeding Support Facebook group. For her, the key to meeting her goals was in allowing for flexibility.

“Plans rarely go as we hope but that does not mean we are failures as a mom. With the support of loved ones, or even strangers on a Facebook group like I’ve found, you can do almost anything if you have the strength, willpower, and endurance to do so.”

If you struggle with low supply, difficulty pumping, or any other breastfeeding concern – help and support are available right here. 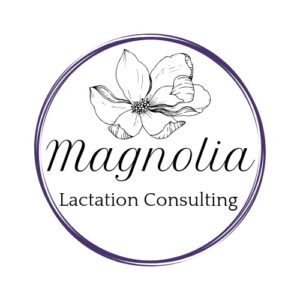